The youth represented Kappa Iota Zeta (KIZ) exceptionally well at the 82nd Southeastern Regional Conference held in Atlanta, GA. Joy Johnson, the Archonette President was invited to speak at the opening ceremony to give the welcome. Additionally, she was greeted to a warm reception with the Madam Grand Wright, Commissioner Emma Darnell and Executive Director of Airport Area of Chamber of Commerce Executive Director Carmenlita Scott. She was the highlight of the evening. 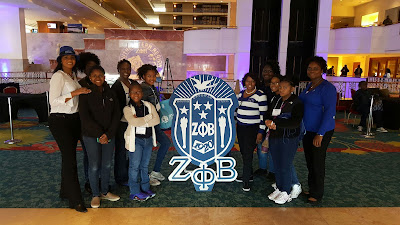 The youth took home numerous awards. The youth competed in the Regional Spelling Bee where they took first, second and third place. Additionally, they were all recognized for all A’s and AB Honor Roll. March for Babies 2015, the Pearlettes raised the most money $500.00. In 2016, The KIZ Youth took first place in the Regional Youth Project: March for Babies/Coins in a Baby Bottle donation. The total amount of coins received by the KIZ Youth were over $150. 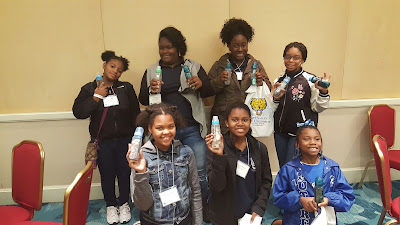 KIZ Youth were able to attend a college tour that took them to the campus of Spelman College. They visited Sisters Chapel on the Spelman campus where, after his assassination, Dr. Martin Luther King, Jr.’s body once lied in repose. They also visited Spelman’s gym where they have all new equipment. The youth advisors were excited to see “Gilbert Hall” one of the filming locations for the famed television show “A Different World.”

Fundraising Events: the selling of the Waffle house coupons. Overall the youth raised over $200. More to come!!

KIZ Youth also attended Union City Breast Cancer Walk; where they helped sign runners and walkers in and passed out snacks and water.

KIZ Youth also attended the Harp Concert. This was a real treat for all involved. 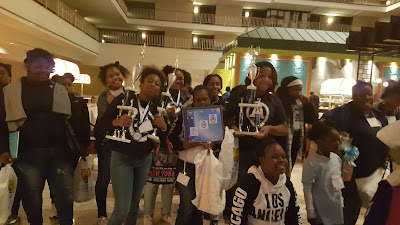 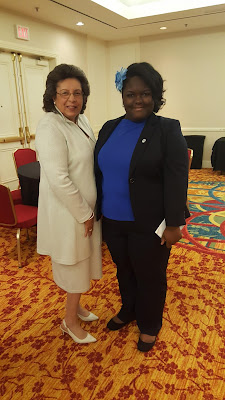