Therapeutic Art for Children with Autism 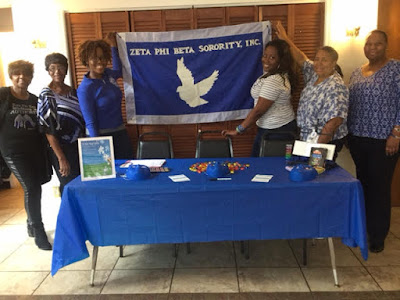 Stroking in Blue: Art Therapy for Children with Autism, a Georgia Zeta Day of Service event hosted by Zeta Phi Beta Sorority, Incorporated, Kappa Iota Zeta Chapter was held on Saturday, November 7, 2015. The event was designed to provide children with autism and other special needs an outlet to express themselves through painting. Ms. Racheal Tanksley-Harris, art educator with Clayton County Schools and facilitator of the event, is also a parent of a child with autism. The Stroking in Blue event was free of charge to the community and was able to serve approximately 50 children. Fifty members of the chapter served as personal assistants to each child participant. 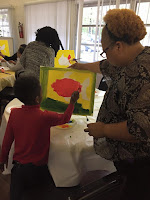 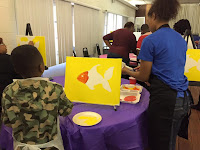 Autism Awareness is an initiative that was conceptualized in Kappa Iota Zeta Chapter in early 2015 due to members being personally affected by this disorder. Autism Spectrum Disorder (ASD) is a general term for a group of complex disorders of brain development. These disorders are characterized, in varying degrees, by difficulties in social interaction, verbal and nonverbal communication, and repetitive behaviors. ASD can be associated with intellectual disability, difficulties in motor coordination, and attention and physical health issues such as sleep and gastrointestinal disturbances. Individuals with ASD usually excel in visual skills, music, math and art. 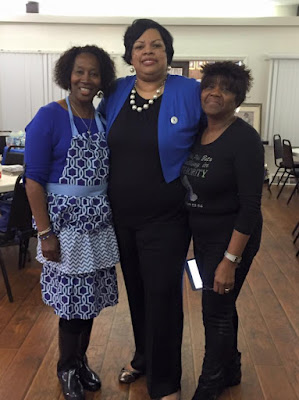 Kappa Iota Zeta Chapter is located in Atlanta, Georgia and was chartered by 11 members on September 15, 1980. It is home to many current and former national, regional, and state officers. Since the chapter’s inception, members have been busy doing the work of Zeta while exemplifying the founding principles of scholarship, service, sisterhood, and Finer Womanhood. The chapter’s current signature programs are Hall of Fame Gala, Marynette B. Lovejoy Book Scholarship, Miss Blue Revue Pageant, Stork’s Nest Blitz, and Tea with Z. 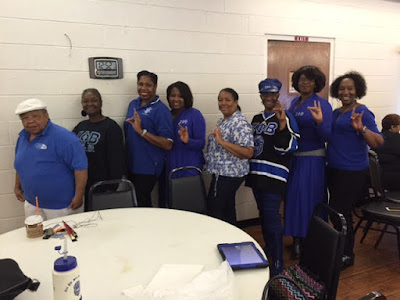 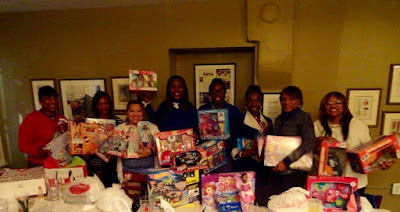 Xi Xi Zeta continues to be a blessing by giving back to its community.

On December 19, 2015, the Soros of Xi Xi Zeta met at Mary Mac Restaurant in Atlanta, GA for Christmas Social and for donation of toys. The chapter collected 45 toys which were donated to the chapter’s adopted school - THRIVE Christian Academy - located in Stone Mountain, GA. THRIVE Christian Academy donated the toys to Reserve Soldiers and Egleston Children's Care Atlanta Hospital. 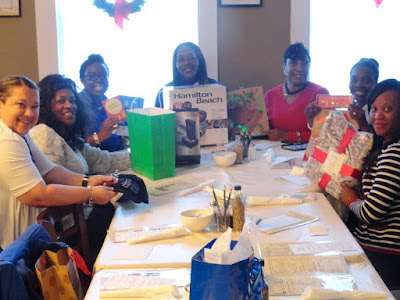 Also during this season of sharing and giving, on December 21, 2015, Xi Xi Zeta Sorors donated Eight Hundred Dollars ($800.00) worth of toiletry items to the VA Eagles Nursing Home. This facility houses one hundred (100) veterans. 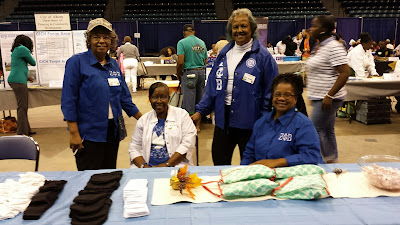 The ladies of the Beta Omega Zeta Chapter of Albany, GA sponsored clothing items for over 500 homeless and needy individuals locally at the Dougherty County Annual Project Homeless Connect Event. The purpose of this initiative was to provide local residents in need with clothing items such as socks, hats, washcloths, towels, soaps, and other toiletries.  This event consisted of several local community organizations that provided free meals, haircuts, clothing, and health screenings to families in need.  This event took place on November 17, 2015 at the Albany Civic Center. 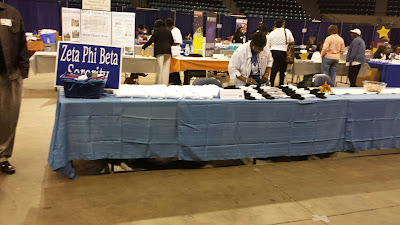 Congratulations to our GA Zeta Youth Auxiliary for their outstanding achievement at the 2015 Southeastern Region Conference!  Kudos to all GA Youth Auxiliary members who participated!

We Love Our Elders! 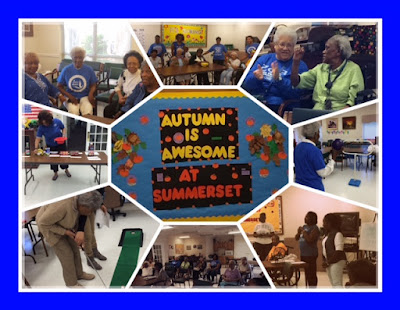 The “Outstanding” Omicron Kappa Zeta chapter is proud to serve Summerset Assisted Living Community located on Benjamin E. Mays Drive in Atlanta, Georgia.  We have consistently hosted various activities for the past two years for these amazing residents that would warm anyone’s heart.  We keep the residents engaged with activities and events to enhance mobility, increase socialization, promote healthy living, and that administer the greatest medicine of all…laughter!  Some examples of these events are: Sit and Be Fit, Nutritious Nibbles, Movie Day, Spa Hour, March Madness Indoor Sports, Holiday Card Decorating, Scrapbooking, and Karaoke.

These events have not only attracted residents in the facility and their families, but outside community patrons as well. Omicron Kappa Zeta has welcomed Girl Scout representatives from Troop 507, educators from Atlanta Public Schools and students from Rockdale County to assist with the residents at this well-established living community.  We enjoy the time that we get to spend with our seniors.  We feel it is therapeutic for all parties involved.  We will continue our efforts as long as there is a need in the community.