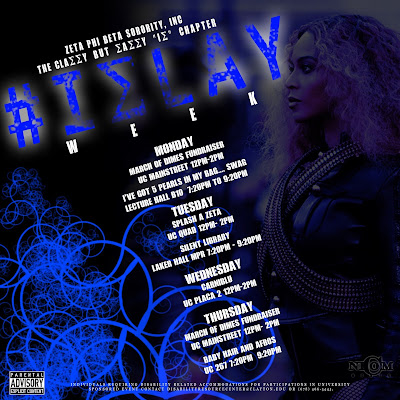 Sigma Mu Zeta is a proud advisor of the beautiful women of Iota Sigma of Clayton State University. Soror Serafina Williams of Sigma Mu Zeta is their devoted advisor and we are happy to highlight the successful Zeta events of their Annual Greek Week.

Each year Iota Sigma participates in the Clayton State tradition of Greek Weeks. This year the chapter theme was IΣlay inspired Beyoncé last song "Formation" the theme also incorporates the chapter's name. Events were held Monday, March 28 through Thursday March 31, 2016. The ladies hosted a week long Cutest Baby Photo Challenge for March of Dimes. Participants donated money to the jar with the cutest soror's baby photo of their choice. Iota Sigma raised 95 dollars throughout the fundraiser and will continue to fundraise via the chapter's March of Dimes link. 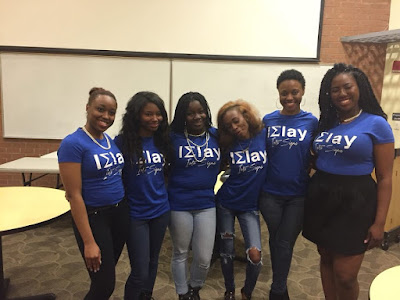 In addition to the fundraiser, the ladies hosted their Annual Finer Womanhood Observance event. This year the event was a collaborative effort between Iota Sigma, Alpha Tau and Sigma Mu Zeta as all three chapters participated on the Finer Womanhood panel for the event. Soror Karen McFadden says, “This event helped encourage Sorors and other guests to give their definition of what a "Finer Woman" or what "Finer Womanhood" means to them”. Students led an icebreaker where participants came down and use a word that describes a "Finer" woman by writing one word on a poster board with each letter. Some of the words were:

Then a panel of 6 Zetas, who represented the sorority membership from a few months to 35 years, chose a characteristic to define "Finer Womanhood" and elaborated.” 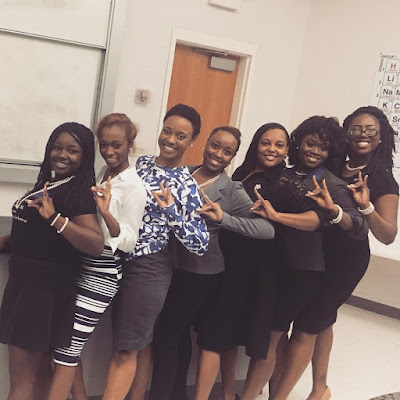 On Tuesday, the chapter held its 2nd Annual Splash Zeta where the campus donated towards March of Dimes to Splash their favorite Zeta. That evening the ladies hosted Silent Library inspired by the hit MTV television show of the same name. Participants were allowed to play on teams with the chapter and complete a wide variety of challenges. On Wednesday the ladies hosted a mini carnival entitled “Carniblu” for their campus community. There were small carnival inspired games, treats and prizes. On Thursday the ladies concluded with their Baby Photo Challenge March of Dimes Fundraiser. The final event "Baby Hair and Afros",an event that would have explored society's portrayal of the Black Women, was cancelled due to inclement weather.
Posted by Unknown at 1:22 PM