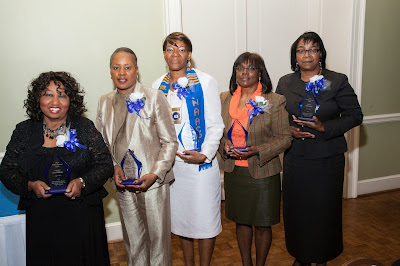 In observance of Finer Womanhood, Zeta Phi Beta Sorority recognized five outstanding ladies of the community for their extraordinary work. The 2015 honorees were recognized at the chapter’s luncheon at the Columbus Country Club. The guest speaker for the luncheon was Mrs. Kathryn Davis Williams.

Mrs. Williams worked for the Bank of America for twenty-six years where she served in numerous capacities.  She now works for the State of Georgia Department of Driver Services, where she leads the Business Analysis team that is responsible for managing strategic planning, measurement development and analysis, process improvement and hardware and software management of the lobby management system that is located in sixty-six Customer Service Centers across the state of Georgia.

Mrs. Williams  is a member of Phi Omicron Zeta Chapter of Zeta Phi Beta Sorority, Incorporated where she currently serves as President.  She is a Diamond Life Member and also the Protocol, Logistics & Amenities Coordinator for the Southeastern Region and the State of Georgia.

Ms. Dikes served in the United States Army from September 1976 until February 2004; rising from the rank of Private to Command Sergeant Major.  During her tenure she served in many leadership positions and assignments in the Adjutant General Corps to include serving as a Battalion Command Sergeant Major at Fort Hood, Texas.  Since her retirement she has remained an active member of the Department of Georgia American Legion and a nine year member of the American Legion’s Gold Brigade, Vice-President and now President of the Retired Sergeants Major Association of Columbus.  Ms. Dikes’ community involvement includes her work with the Men’s Progressive Club.  She recently received an award as one of the 20 most Influential Women in Columbus.  Vickie is currently working as the Army Drug and Alcohol Manager at Fort Benning. 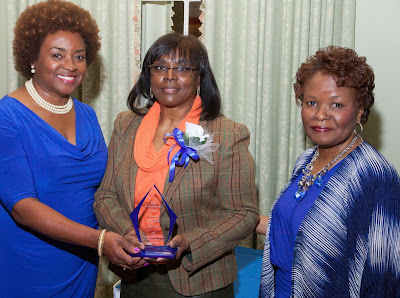 Mrs. Sarah E. Lang joined the Valley Healthcare System in 1994 as the Chief Executive Officer.  She moved to Columbus from Lansing, Michigan where she held the position as Executive Director/CEO of the Michigan Primary Care Association. She has more than 30 years’ experience in healthcare system leadership.  Mrs. Lang has served in numerous civic and professional leadership roles, including service as a board member for the Georgia Association for Primary Healthcare and as an appointed board member of the State’s Women Health Advisory Council.

Ms. Gloria Weston-Smart is the Executive Director of the Keep Columbus Beautiful Commission.  She directs the daily operations of the Commission, recruit and train volunteers, maintain and develop new programs to enhance beautification, promote city-wide recycling, and coordinate community improvement programs.  Ms. Weston-Smart has a passion for service to the community.  This is evident by her service to civic, social and professional organizations to include Tri-Directors of Volunteer Service, A.J. McClung YMCA Membership Drive, Neighbor Works, Inc. Advisory Board, Two-Thousand Opportunities, Inc., Rotary Club of Columbus, Historic Columbus Foundation and 100 Woman on the move.  Ms. Weston-Smart has received numerous awards and recognition and chairs “There is a Balm in Gilead Cancer Ministry” at Fourth Street Missionary Baptist Church and “Paint the Town Pink”.

Ms. Tonzee Sheree Thomas currently serves as the newly elected President of the Columbus, Georgia Branch of the NAACP and second term as NAACP State Secretary for the Georgia State Conference.  She is an active member of the American Red Cross/NAACP Disaster Relief Strike Team.  Ms. Thomas was deployed during the 2012 Hurricane Sandy Recovery and the 2013 Moore, Oklahoma Tornado Relief.  In her spare time she performed at the Liberty Theatre as an actress, singer and poet.  Her first performance was a playwright, “Voices…A Collection of Poems, where she performed a piece of her published art, “I’d Rather Start from the Bottom, Than Start from the Top”.

The luncheon was enjoyed by all. Proceeds from the luncheon will fund the inaugural Eunice S. Thomas Scholarship.  Live Jazz music was provided by the Chemistry Project Band.  Photos by Davis Video Creations.
Posted by Unknown at 4:03 PM